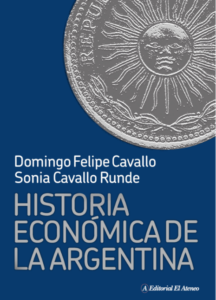 Greece has imposed exchange controls and restrictions to withdraw cash from its banks. Once negotiations with the Troika got interrupted by the decision of the Greek Government to call for a referendum next Sunday, Greece had no alternative to avoid a complete collapse of its banking system. Argentina had to do the same on December 3, 2001, after the banks ran out of US dollars that the public had been withdrawing since the end of 2000. The restrictions were popularly denominated “corralito” or “little fence”.

Given the Argentine experience, the worst for the Greek people has not yet happened, and can still be avoided. What produced a sharp deterioration of real wages and economic activity in Argentina was the compulsory conversion of Dollar assets and debts into Pesos at the preexisting exchange rate. This forced conversion was decreed in January 2002, after the fall of the Fernando de lka Rúa’s Government, and it was popularly called “corralón” or “strong fence”. The “corralón” provoked a drastic fiscal adjustment and deterioration of the standard of living of Argentineans as a consequence of the inflationary burst that followed the massive devaluation of the Peso. It was the worst and more unequitable redistribution of incomes and wealth in Argentina’s history.

The exit of Greece from the Eurozone and the transformation of all contracts from Euros into Drachmas would produce a sharp devaluation of the Drachma. Inflation would follow and it would generate a sharp reduction of real wages and pensions, far worse than the reductions that could have occurred as a consequence of the policies proposed by the Troika.
But resuming negotiations and continuing with measures to achieve fiscal consolidation and carrying out adequate structural reforms, Greece could reverse the current situation in a sustainable way. Greece has the great advantage that the ECB, most European governments and the IMF are willing to resume negotiations.

In Argentina we had the bad luck of having Horst Köler at the head of the IMF. Without consulting with the Board of Directors, he withdrew the IMF from the negotiations—the exact opposite of what has happened in Greece up until now. Fortunately for Greece, Christine Lagarde has said that the IMF is willing to cooperate to reach an agreement that would allow Greece to recover the support of the ECB, find a sustainable solution for Greek Debt, continue with a viable process of fiscal consolidation and finish structural reforms. If Greece resume negotiations, Europe should be smart enough to provide debt relief as to reassure debt sustainability compatible with growth and stability.

The suffering of the Argentinean people during 2002 and the long term consequences of the forced conversion of contracts from Dollars into Pesos, should serve as a painful and inefficient example to avoid for the Greeks.

Those that argue that “the growth” of the Argentinean economy between 2003 and 2012 (after a 10% real GDP collapse in 2002 and a 25 % total fall between 1999 and 2002) originated in the compulsory conversion of the Dollars into Pesos, ignore the fact that in 2003 Argentina had a under-utilized well-capitalized and competitive private sector economy that had been built up in the previous decade, and that starting in mid-2002 Argentina enjoyed the most striking improvement in foreign terms of trade of its economic history. But in spite of all of the “growth” in this period, Argentina remains isolated from the global capital markets and its private sector remains disadvantaged because of persistent stagflation.

Greece does not have such a built up private sector nor underused capacity waiting to be utilized in a devaluation. Greece, therefore, cannot expect a similar “sugar high” of growth from a compulsory conversion of Euros to Drachmas. If Greece follows the same path of Argentina, it will suffer decades of more pain and stagflation.